Last week-end, I took part in a Pokémon Tournament at the National Videogame Arcade. It was the first time I attended this kind of event as there aren’t many of those in La Réunion, if not any at all.

My first contact with the Pokémon universe was in 1999, when my parents bought me a VHS cassette of the cartoon series containing episodes 16, 17 and 19.
Later in the same year, I shared Pokémon Silver with my brother but I was begging for my own game because I didn’t like the player being named ‘BOSS’. So I got Pokémon Gold for Christmas, Pokémon Red a few years after and since then, one or both games of every generation when they came out.

I stopped watching the television series after season 4, as it was becoming so dumb it looked retarded even to the kid I still was. But the video games series never lost its original appeal and was genuinely renewed at every installment, to the chagrin of my parents.

All the Pokémon games of the main series are about a young boy or girl (you have the choice ‘only’ since Pokémon Crystal) who leaves his/her hometown to collect animal-like creatures called Pokémon and train them to fight other trainers’ Pokémon and ultimately defeat the Pokémon league to become a Pokémon master.

From time to time they also have to stop the local criminal organization or eco-terrorists who aim to seize control over Legendaries, very rare or sometimes unique and powerful Pokémon.

The scenario is no great shake and even if I’m still shivering when catching legendary Pokémon, the part I enjoy the most about the games is competitive battling. 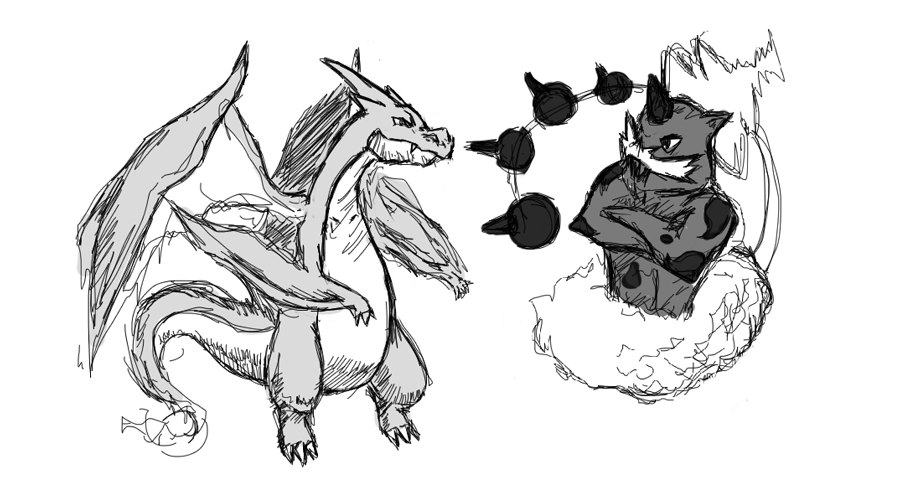 There are currently 721 different species of Pokémon. And even within a same species, every Pokémon isn’t the same.

Their battle power is determined by six characteristics which are Health Points (HP), Attack (ATK), Defense (DEF), Special Attack (SpA), Special Defense (SpD) and Speed (SPE). HP are how much damage a Pokémon can take before fainting. ATK and SpA are respectively physical and special offensive power, counterbalanced by DEF and SpD. SPE basically determines which Pokémon attacks first.

Every Pokémon species comes with a fixed set of base stats range which are the same for all its members. Within this group, the difference between the individuals will be their Individual Values (IV), one for each before-mentioned characteristics. The higher the IVs are, the closer the Pokémon‘s stats will be from the base stats range limit, 31 IV being the maximum value and 0 IV the minimum.

On top of that, the Pokémon‘s stats can be slightly altered by their Nature. There are 25 of them and each one enhances a characteristic (excluding HP) while lowering another, with the exception of five natures that leave the stats unchanged. Individual Values and Natures are randomly set by the game for every Pokémon you encounter, which means competitive battles require a lot of time spent catching and breeding.

With that in mind, it makes 2 907 072 unique Pokémon from which you have to choose 6 to include to your team and train by raising their Effort Values (EV) and teaching them up to four moves (amongst a variety of more than 600).

To put it in a nutshell, Pokémon games battles are based on a combination of wisely chosen pieces and a lot of strategic thinking to adapt to the infinity of possibilities one can face. Even if some combinations are more common because they have proven to be more efficient, meeting other players and testing the Pokémon you raised yourself is always fun, and sometimes unexpected turnarounds can even happen.