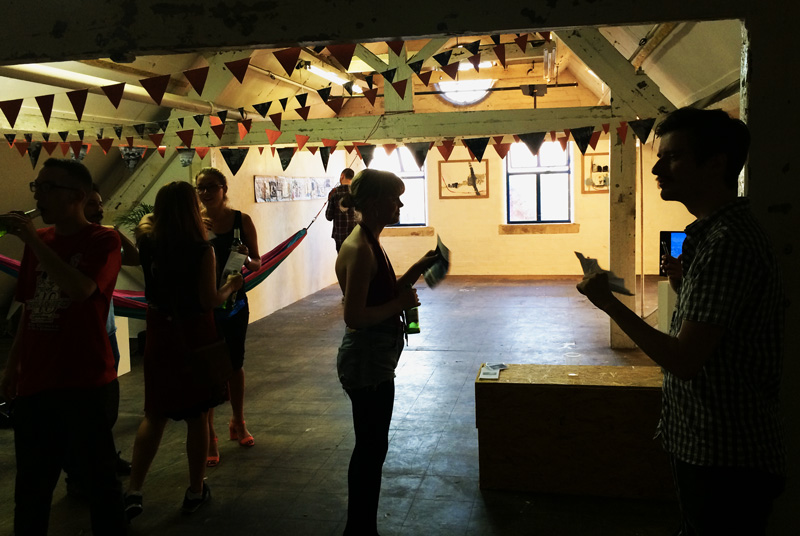 Our second and last exhibition of the year was hosted by Rye Attic, a space opened a few months ago in New Basford, Nottingham. It is a bit remote from the city centre but nice looking, and it suited exactly our needs.

We opened on the 18th of July and until the week-end, a period that overlapped the Graduation week. Our exhibition was also “competing” with the MA Photography’s final show and the rest of the MA’s, which both looked great.

We didn’t get as many visitors as we expected nor wanted to, but I think we were all satisfied with what we had achieved. 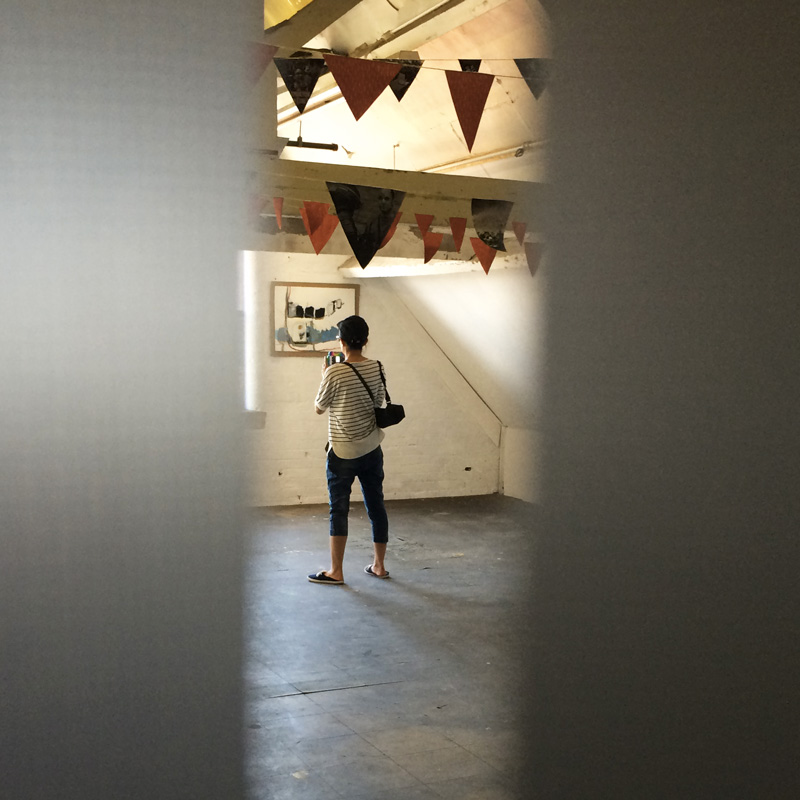 Though we are all using a variety of different media, Zoé, Jilly, Emily and I are connected in our practices by our relationship to Time. We also share interest in social and political issues, which materialized through the works we showed.

My part was mainly centered around the notions of displacement, migration and diaspora.

Untitled (yet) is a series of pages from my notebook with little drawings and marks similar to the ones used by prisoners to count days. One of them is a photograph of my hand with the same kind of markings, and in the same format as the other pages.

I started this collection at Peak District by counting snails, slugs and worms I encountered during my walks: “the population of the fields”. The following records consisted in counting mundane activities such as how many times I used the blue water tap instead of the red one, or how often I went on Facebook. One page is a day. 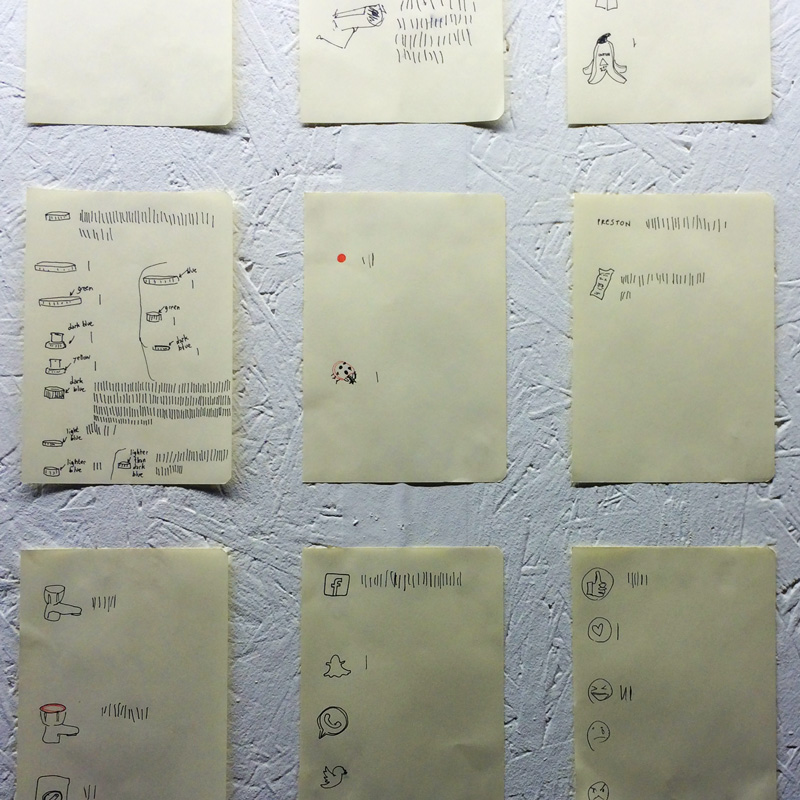 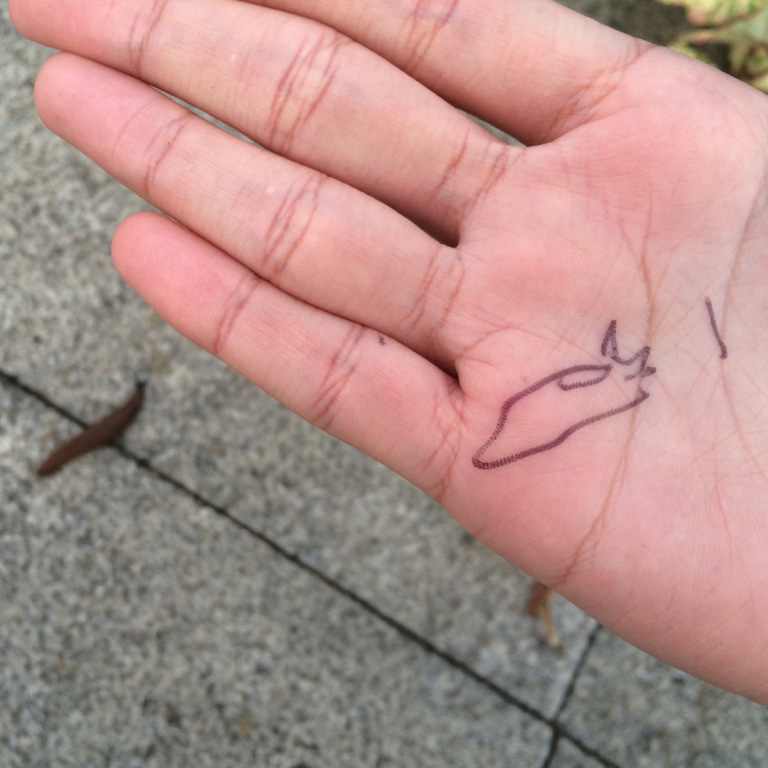 This childish activity becomes a social comment when it makes you realize, for instance, how many CCTV cameras you may encounter on the way home .

“Ich bin ein Tourist” is an installation made of enveloppes placed in circle formation in a square made by black and yellow striped tape. Each enveloppe represents a stay in a city where I arrived and departed from a same train station. The name of the said station is stamped along with the dates of the stay. A red drawing materializes my journey in the city, starting in the center and ending at the same point to close the loop. 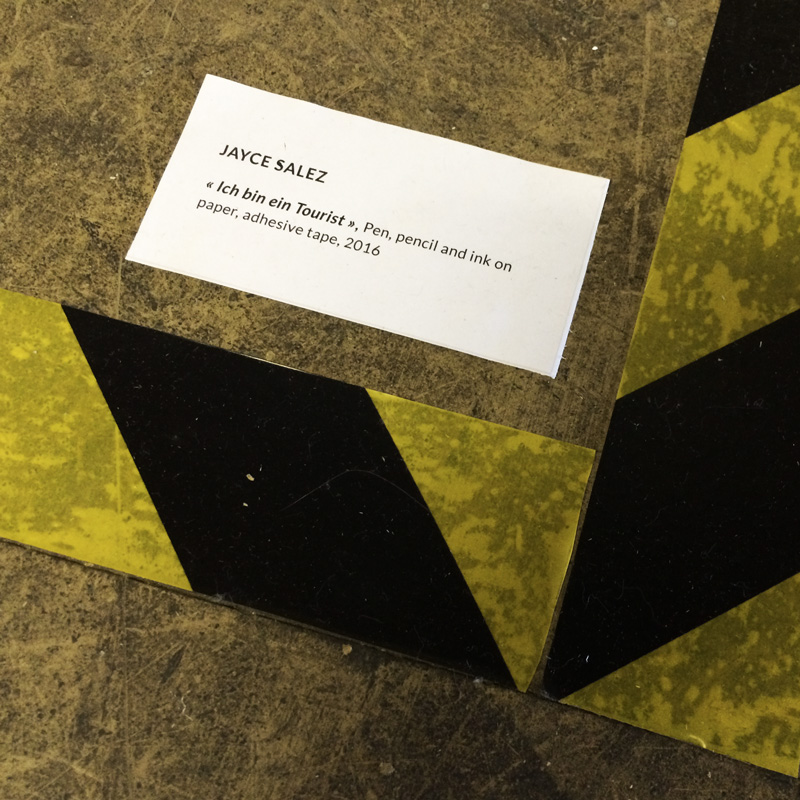 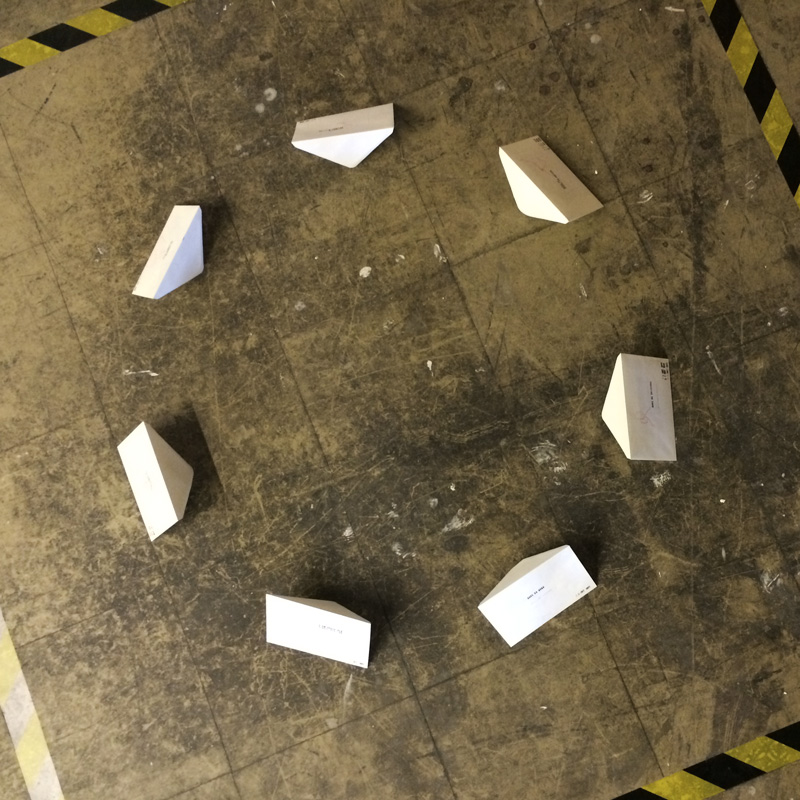 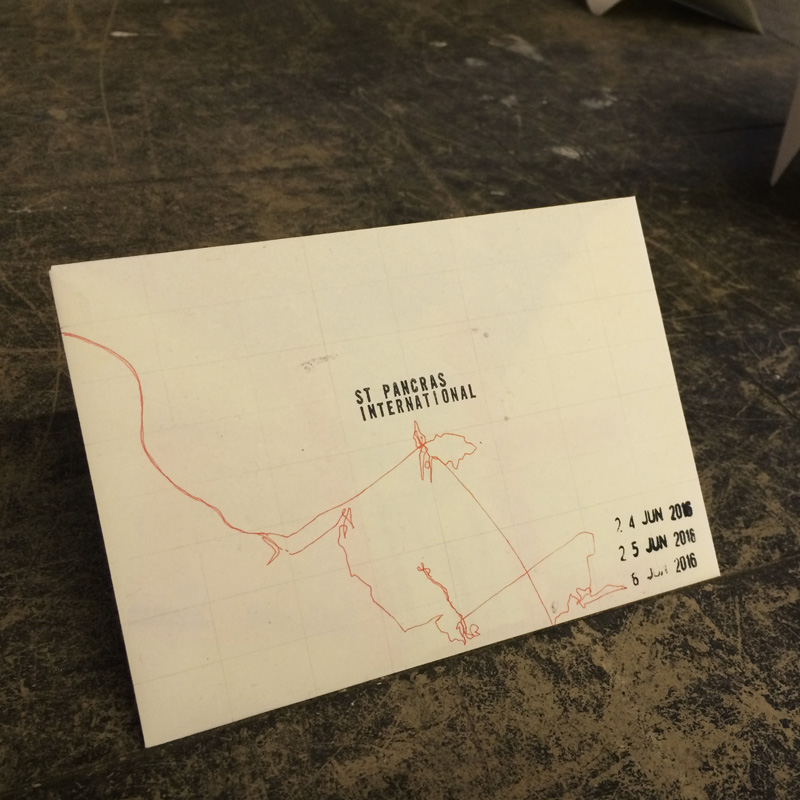 The reference to Kennedy’s iconic phrase “Ich bin ein Berliner” confronts the president’s speech in 1963 with the reality of the world half a century later; the citizens of the “Western world” have never been so free compared to “the others”, and we actually have so much freedom that we can afford to cede some in exchange for so-called safety .

“Real” freedom — real, as in real mayonnaise — might only exist in the form of tourism, a privilege mostly owned by wealthy Westerners. On the other side of the barrier, refugees are trapped between their devastated homes and closed doors.

For some of them, train stations, which are originally meant to be places of transition between arrival and departure, have become places of uncertainty. 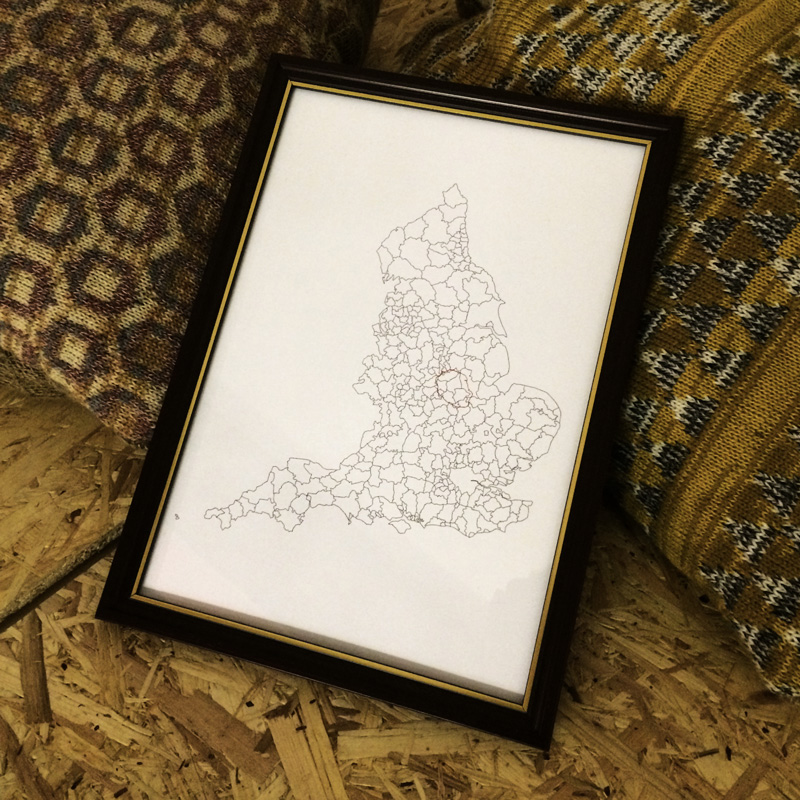 La Réunion is a framed print of a map of England with the shape of La Réunion drawn within its borders. The geographical north and the scale are the same for the two maps. My home in Nottingham and my home on the island are overlapping to create an imaginary space where personal history, culture and memories are melting.

This exhibition was part of our assessment, and we all succeeded. Now I’m on the way back to La Réunion for the second year of Master.